Biden wasn’t supposed to be in Washington. He doesn’t like to spend the weekends here. Friday evening, three days after Democrats suffered an embarrassing defeat in Virginia, the president and first lady were scheduled to decamp to the family beach house in Rehoboth.

Biden abruptly canceled those plans. For the third time in three months, his domestic agenda — and with it his presidency — was threatened by a standoff between moderates and progressives.

It was the same process issue that has bedeviled Democrats all year: Progressives refused to vote for the bipartisan infrastructure bill (BIF), the prized piece of legislation for moderates, unless it was attached to the larger Build Back Better reconciliation bill (BBB), the crown jewel of progressive policy-making.

The standoff twice humiliated Pelosi and Biden when the president and the speaker tried and failed to pass BIF in September and October. The deadlock dragged down Biden’s poll numbers and may have helped cost TERRY MCAULIFFE the governorship of Virginia.

So instead of relaxing at the beach, Biden set up a war room in the White House. He gathered Vice President KAMALA HARRIS and his top policy and legislative aides in the second floor residence and spent the night calling House members.

On the Hill, Speaker NANCY PELOSI tried to downplay the disarray. “Welcome to my world,” she told reporters. “This is the Democratic Party.” In the old days, she suggested, a deal between warring factions — like the ones led by Congressional Progressive Caucus Chair PRAMILA JAYAPAL (D-Wash.) and moderate leader JOSH GOTTHEIMER (D-N.J.) — all got worked out behind the scenes. Now, she lamented, it played out “on 24/7 platforms where there are opinions going out, characterizations going out before anybody even knew what was going on.”

Pelosi and Biden spoke at least four times on Friday as they engineered a deal to unstick the two bills and round up a majority to pass BIF, according to a source familiar with the negotiations.

A compromise began to come together:

— Moderates would issue a statement agreeing to vote for BBB later this month and after they had “fiscal information” from the Congressional Budget Office.

— The White House provided a detailed cost estimate to convince moderates that the plan was fiscally sound and Biden personally called the key House moderates to nail things down.

— Pelosi urged the president to talk to Jayapal and her remaining holdouts in the Congressional Progressive Caucus and make a public statement backing it up.

Jack is one of 40,000 people working on safety and security issues at Facebook.

Hear more from Jack on why Facebook supports updating regulations on the internet’s most pressing challenges, including reforming Section 230 to set clear guidelines for all large tech companies.

Biden phoned into a tense CPC meeting with some 50 of its members and, via speakerphone, pleaded with them to endorse the deal. Harris, according to a senior White House official, called progressives and assured them that the agreement — despite the decoupling of the two bills — would clear the way for BBB.

At 9 p.m., Biden put out the kind of clear statement that he had declined to issue the last two times the House considered the infrastructure bill: “I am urging all members to vote for both the rule for consideration of the Build Back Better Act and final passage of the Bipartisan Infrastructure bill tonight. I am confident that during the week of November 15, the House will pass the Build Back Better Act.”

Jayapal announced she would back the deal. Progressives had finally given in. “Jayapal couldn’t sustain their obstruction with clear pressure from POTUS and Pelosi,” said one Democratic congressional source with knowledge of the pressure campaign.

Shortly after, she was joined at a presser by Gottheimer. White House chief of staff RON KLAIN approvingly tweeted out a photo of the two, writing simply: “Democrats in array.”

All eyes turned to moderate Republicans, who had been warned by their leadership not to provide the margin of victory for BIF. The far left had bucked Pelosi, and now she and Biden needed a handful of Republicans to buck House Minority Leader KEVIN MCCARTHY (R-Calif.). 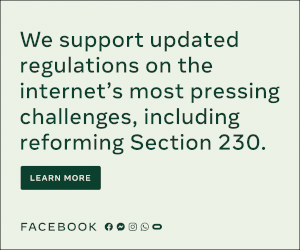 The rebellion by the Squad turned into a political blessing. Democrats relished the show of bipartisan support. “Obviously, [a] huge blow for McCarthy to have that many vote with us,” said the Democratic congressional source.

Though the events of Friday were best summarized by Rep. MARK POCAN (D-Wis.): “The whole day was a clusterf—, right?”

Or, as first granddaughter NAOMI BIDEN tweeted Friday night after it passed: “I’ll say it: this is a Big F—ing Deal.”

The president, meanwhile, is off to the beach for the weekend.

— The BIF is now headed to the White House for Biden’s signature. Here’s a rundown of some (but not all) of the key provisions:

BREAKING OVERNIGHT — Via KHOU: “At least eight people died and several were injured during mass chaos at the TRAVIS SCOTT concert at the Astroworld Festival in Houston Friday night.” The victims were as young as 10 years old.

9 THINGS WE READ THAT STUCK WITH US …

— GLENN YOUNGKIN’s 17-year-old son tried to vote — twice — on Election Day, Fairfax County election officials tell NBC Washington. Told he had to be 18 to cast a ballot, the teen left the polling location — only to try again roughly 30 minutes later.

— Today in San Diego, the U.S. Navy will christen its first ship named for an openly gay man: the USNS HARVEY MILK. Milk, a trailblazer whose rapid rise in San Francisco politics ended with his 1978 assassination, was kicked out of the Navy in 1955 for being gay. More from S.F. Chronicle

— Just how big was the GOP surge this week? Seattle elected its first Republican to city office since at least 1991, writes the Post-Intelligencer, when ANN DAVISON defeated NICOLE THOMAS-KENNEDY, a progressive in favor of “abolishing” the police, in the race for city attorney.

— “Wine moms won’t save us. Need the beer moms.” That verdict comes from a Wisconsin-based Democratic strategist who’s one of many in the party fretting its collapse among rural voters, report Zach Montellaro and Elena Schneider.

— In what is believed to be a first in American history, there will be an all-Muslim city council in Hamtramck, Mich., following Tuesday’s election results, reports the Detroit Free Press.

— At his funeral at National Cathedral on Friday, COLIN POWELL was remembered as a principled statesman — and, in a lighter moment, as an ABBA fanatic. Writes the AP: RICHARD ARMITAGE described the scene when Sweden’s foreign minister presented then-Secretary of State Powell with a full CD set of the group’s music: “Colin immediately went down on one knee and sang the entire ‘Mamma Mia’ to a very amused foreign minister of Sweden and to a gobsmacked U.S. delegation.” 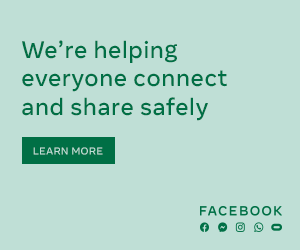 — “I don’t think that I would have to get many votes to change the results of this race.” That’s what ROGER STONE told CBS Miami on Friday as he threatened to run against RON DESANTIS in 2022 as a Libertarian unless the Florida governor publicly promises not to mount a presidential campaign in 2024.

— “The sex-crime case against former Gov. ANDREW CUOMO was thrown into doubt on Friday after the Albany County, N.Y., district attorney delivered an extraordinary public denunciation of the local sheriff, saying the criminal complaint the sheriff filed last week was ‘potentially defective” … because it did not include a sworn statement from the alleged victim, Brittany Commisso, that would allow a prosecution to proceed,” report NYT’s Luis Ferré-Sadurní, Grace Ashford and Jonah E. Bromwich.

— HUNTER BIDEN’s art show got a lukewarm-but-somewhat-encouraging review in the NYT. “I can say that the show is more substantial than an amateur’s dabbling,” writes Jason Farago. “They’re pretty. They have the generic smoothness of the art you might see in a posh hotel room.” Companion reading: “At Hunter Biden’s Art Show, Line, Color and Questions,” by NYT’s Graham Bowley

CLICKER — “The nation’s cartoonists on the week in politics,” edited by Matt Wuerker — 18 funnies

— “America Has Lost the Plot on Covid,” by The Atlantic’s Sarah Zhang: “We’re avoiding the hardest questions about living with the coronavirus long term.”

— “Liberals Read, Conservatives Watch TV,” by Richard Hanania: “Explaining why Trump emerged on the right, why only liberals debate filibuster reform, how anti-vax became a partisan issue, how David Shor is half right, ‘Dems are the real racists’ and much else.”

— “Inside the Unraveling of American Zionism,” by Marc Tracy for the NYT Magazine: “How a new generation of Jewish leaders began to rethink their support for Israel.”

Chasten and Pete Buttigieg’s infant son returned home from the hospital after spending a week on a ventilator, per WaPo.

Spotted: Terry McAuliffe eating at The Palm in Washington on Friday. And, later that evening, posing for a photo with writers for the Daily Caller, Federalist and Washington Free Beacon.

Glenn Youngkin visited a Virginia mosque for lunch on Friday.

Chuck Schumer cut a rug at the Somos conference in Puerto Rico.

Kamala Harris is heading to the Democracy Alliance’s annual meeting with donors next week, per Puck’s Teddy Schleifer.

STAFFING UP — The White House announced two new nominations: Laura Farnsworth Dogu as ambassador to Honduras and Kenneth Wainstein as DHS undersecretary for intelligence and analysis.

TRANSITIONS — Marcus Robinson is now press secretary for Rep. Jerry Nadler (D-N.Y.). He most recently was comms coordinator at Brownstein Hyatt Farber Schreck. … Sam Jeske is now press and digital assistant for Sen. Brian Schatz (D-Hawaii). He most recently was national press intern for Senate Majority Leader Chuck Schumer. … Eric Hargan is joining Amino as an adviser. He is the founder of The Hargan Group and was deputy secretary at HHS.

Did someone forward this email to you? Sign up here.

Facebook invested $13B in teams and technology to enhance safety

It’s working: we lead the industry in stopping bad actors online. In the past few months, we took action on:

Learn more about how we’re making our platforms safer.