As a witness to a violent death, NASA’s Hubble Space Telescope recently gave astronomers an unprecedented and comprehensive view of the first moments of a star’s cataclysmic death. Hubble’s data, combined with other observations of the doomed star made by space and ground-based telescopes, could give astronomers an early warning system for other stars about to explode.

“We used to talk about supernova work as if we were crime scene investigators, where we showed up after the fact, and the job was to try and figure out what happened to that star,” explained Ryan Foley of the University of California at Santa Cruz, the leader of the team that made this discovery. “This is a different situation, because we really know what’s going on and we really see death in real time.”

The supernova, called SN 2020fqv, is located in a system of interacting galaxies known as Butterfly, which is located about 60 million light-years away in the constellation Virgo. The supernova was discovered in April 2020 by the Zwicky Transient Facility at the Palomar Observatory in San Diego, California. Astronomers realized that the supernova was being observed simultaneously by the Transiting Exoplanet Survey Satellite (TESS), a NASA satellite designed primarily to discover exoplanets, with the ability to detect a variety of other phenomena. They quickly trained Hubble and a set of ground-based telescopes on it.

Together, these observatories provided the first holistic view of a star in the early stages of destruction. Hubble probed material very close to the star, called circumstellar material, a few hours after the explosion. This material was ripped from the star in the last year of its life. These observations allowed astronomers to understand what was happening to the star just before it died.

“We rarely examine this circumstellar material very closely, as it is only visible for a very short period of time, and we generally don’t begin to observe a supernova until at least a few days after the explosion,” explained Samaporn Tinyanont, lead author of the study article published in Monthly Notices of the Royal Astronomical Society . “For this supernova, we were able to make ultrafast observations with Hubble, giving unprecedented coverage of the region next to the exploded star.”

The team analyzed Hubble observations of this star since the 1990s. TESS provided an image of the system every 30 minutes, starting several days before the explosion, through the explosion itself and continuing for several weeks. Hubble was used again just hours after astronomers detected the explosion. And by studying circumstellar material with Hubble, scientists understood what was happening around the star in the previous decade. By combining all of this information, the team was able to create a multi-decade view of the star’s final years. 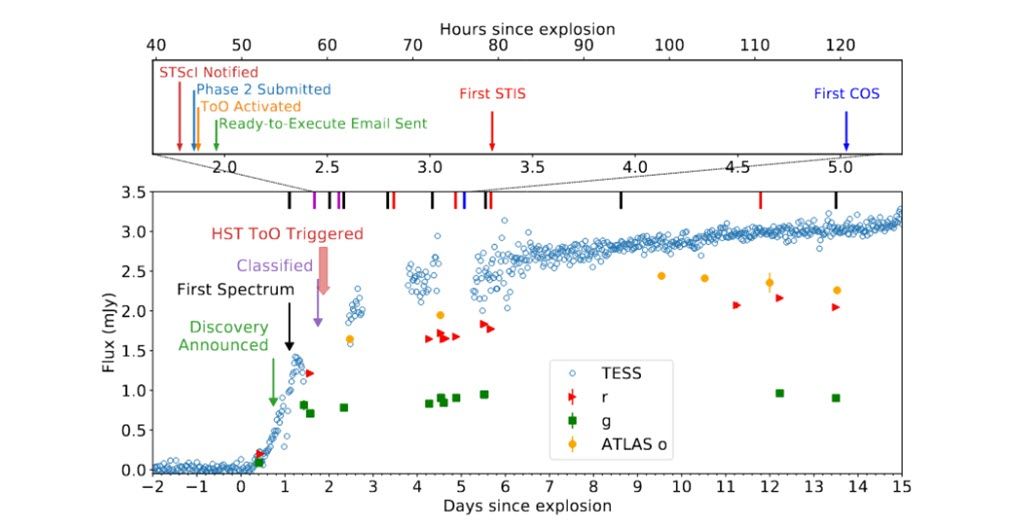 “Now we have this whole story about what’s been happening to the star in the years before his death, during the hour of death and after that,” Foley said. “This is really the most detailed look at stars like this in their last moments and how they explode.”

In the case of this supernova, the science team used three different methods to determine the mass of the exploding star. This included comparing supernova properties and evolution with theoretical models; using information from an archived 1997 Hubble image of the star to rule out more massive stars; and using observations to directly measure the amount of oxygen in the supernova, which analyzes the star’s mass. The results are all consistent: about 14 to 15 times the mass of the Sun. Accurately determining the mass of a star that explodes in a supernova is crucial to understanding how massive stars live and die.

“People use the term ‘Rosette Stone’ a lot. But this is the first time we’ve been able to verify mass with these three different methods for a supernova, and they’re all consistent,” Tinyanont said. “Now we can go forward using these different methods and combining them, because there are many other supernovae in which we have masses calculated by one method but not the other.”

In the years before the stars explode, they tend to become more active. Some astronomers point to the red supergiant Betelgeuse, which has recently spewed out significant amounts of material, and they wonder if this star will soon become a supernova. Although Foley doubts that Betelgeuse will explode imminently, he thinks we should take these stellar explosions seriously.

“This could be an early warning system,” Foley said. “So if you see a star start to shake a little bit, start acting, then maybe we should pay more attention and really try to understand what’s going on there before it explodes. As we find more and more of these supernovas with this kind of an excellent dataset, we’ll be able to better understand what’s going on in the last few years of a star’s life. ” 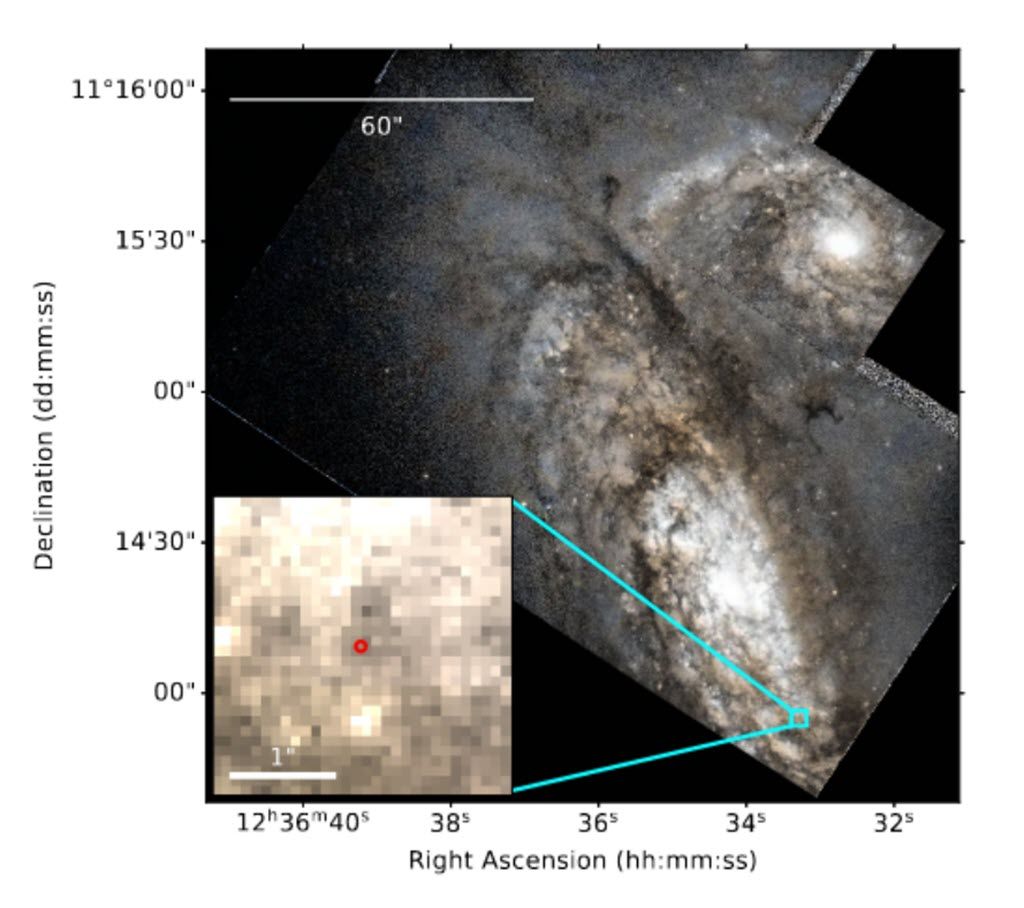