The Falcon 9 rocket from the SLC-40 platform on Cape Canaveral, Florida, with the GPS III SV05 mission, is scheduled to launch on June 17 at 18:09 Polish time (16:09 UTC). The third generation GPS satellite will be delivered to orbit. The startup window will take 15 minutes. Cargo separation is planned less than 90 minutes after take-off.

The start will be available live on our website. 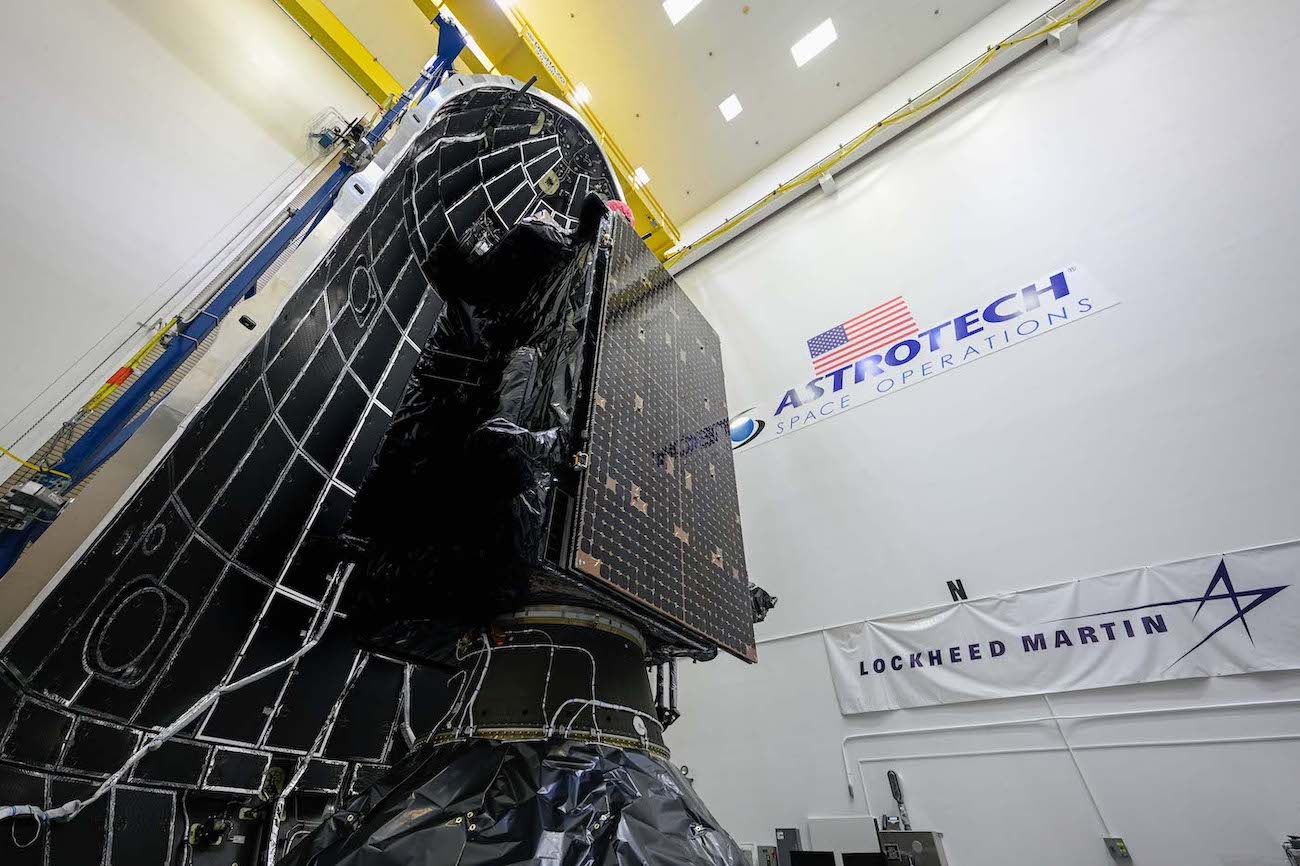 GPS III SV05 is the fifth satellite of the third generation of the American GPS navigation system. It was built by Lockheed Martin and was nicknamed “Neil Armstrong”. The third generation satellites are to provide three times greater accuracy and up to eight times greater resistance to signal interference compared to their predecessors. They are also intended to transmit an L-band signal, compatible with other satellite navigation systems such as Galileo, so that users will be able to use several systems simultaneously for greater precision. GPS III SV05 will join the already operational 31 GPS satellites in an orbit 20,200 km above the Earth’s surface. It is designed to work for at least 15 years.

After the GPS III SV05 satellite reaches its target orbit, the military will have 24 satellites that can transmit an encrypted signal known as the M code (ang. M-code). These are enough satellites for the signal to be available worldwide. It allows you to transmit with greater power and noise immunity over specific areas, providing soldiers with more reliable navigation. The navigation payload of the GPS satellites is produced by L3Harris.

The satellite was transported from the Lockheed Martin factory in Colorado to Florida in April and was refueled after passing recent tests. On June 9, the satellite in the Falcon 9 rocket charge covers was closed, and on June 12, the rocket without a load on the top was launched onto the SLC-40 platform and a static test was carried out, during which the Merlin engines in the first stage were started for a few seconds. After a successful test, the rocket returned to the hangar, which also received a cargo-shielded satellite the next day for final integration.

It will be the first ever launch for the US military using the first stage rocket from the Falcon family, during which a fully functional satellite will be launched into orbit, not being an experimental or test payload. According to a representative of the US Space Force (ang. US Space Force), the military worked closely with SpaceX to understand the process of preparing boosters for re-flights and it is certain that the rocket is ready for the next launch. 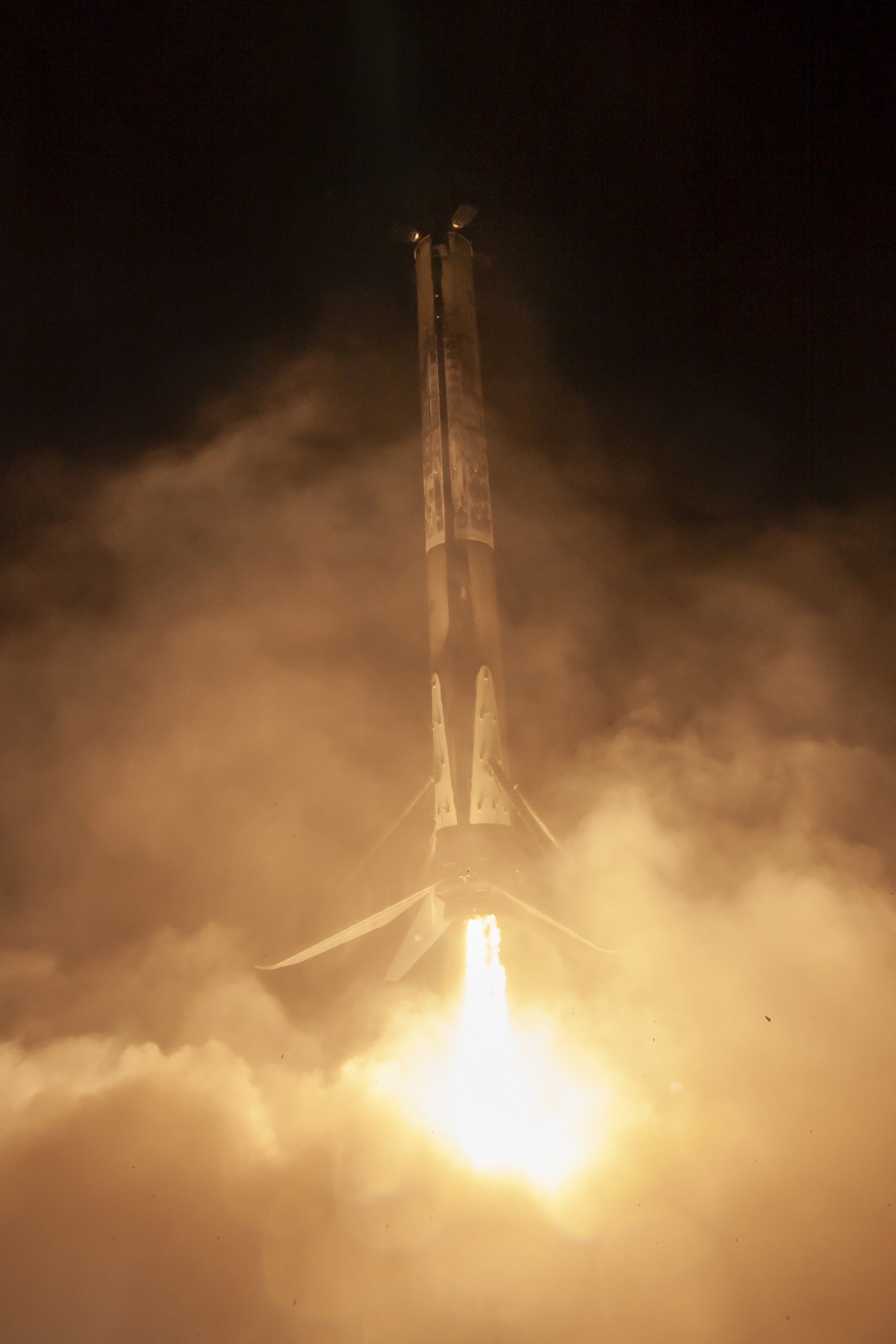 Prior to this flight, the Space Force had formally certified the recovery, overhaul and repair process of used Falcon first stages of rockets, making regular military flights easier. Methods of rocket inspection were assessed, and methods for assessing the lifetime of booster elements were established by analyzing the stresses they are subjected to during take-off, return through the atmosphere and landing. Falcon 9’s frequent launches in recent months have made it easier for the military to collect a large amount of data.

Work to certify used missiles has been underway since 2016, and SpaceX and ULA are now able to offer flight-proven missile components as part of the second phase of the NSSL program to launch US national security payloads. Modifications to the contracts between the military and SpaceX, according to which the company can use used boosters when taking off with GPS satellites, have already saved the military $ 64 million.

The first stage of the Falcon 9 rocket to be used during this launch, previously participated in a mission with another GPS satellite, GPS III SV04, in November 2020. After the separation of the second stage, the booster is planned to land on an autonomous platform Just Read the Instructions (JRTI) in the Atlantic Ocean.

It is also planned to attempt to recover the rocket’s cargo covers by retrieving them from the ocean surface after launching by the ship HOS Briarwoodfor which this will be the first mission. The cargo covers will be new, but according to the Space Forces representative, covers may be used in one of the next military launches.

The weather forecast now gives a 70% chance of favorable conditions in the designated start window. Cumulus clouds and surface electric fields in the atmosphere may be major obstacles. Additionally, a moderate risk of too strong wind shear at high altitudes is forecasted. If the take-off is postponed to the next day, the chances of good weather are also 70% and the risk of high-altitude wind shear is low.