With the help of ESO’s Very Large Telescope (VLT) in Chile, astronomers acquired images of 42 of the largest objects in the asteroid belt, situated between the orbits of Mars and Jupiter. Never before has such a large group of asteroids been photographed so clearly. The observations reveal a wide variety of peculiar shapes, from spherical to “dog bone,” and are helping astronomers track the origins of asteroids in our solar system.

The detailed images of these 42 objects are a big step forward in the exploration of asteroids, made possible by ground-based telescopes, and contribute to answering the “fundamental question about life, the Universe and everything else”. 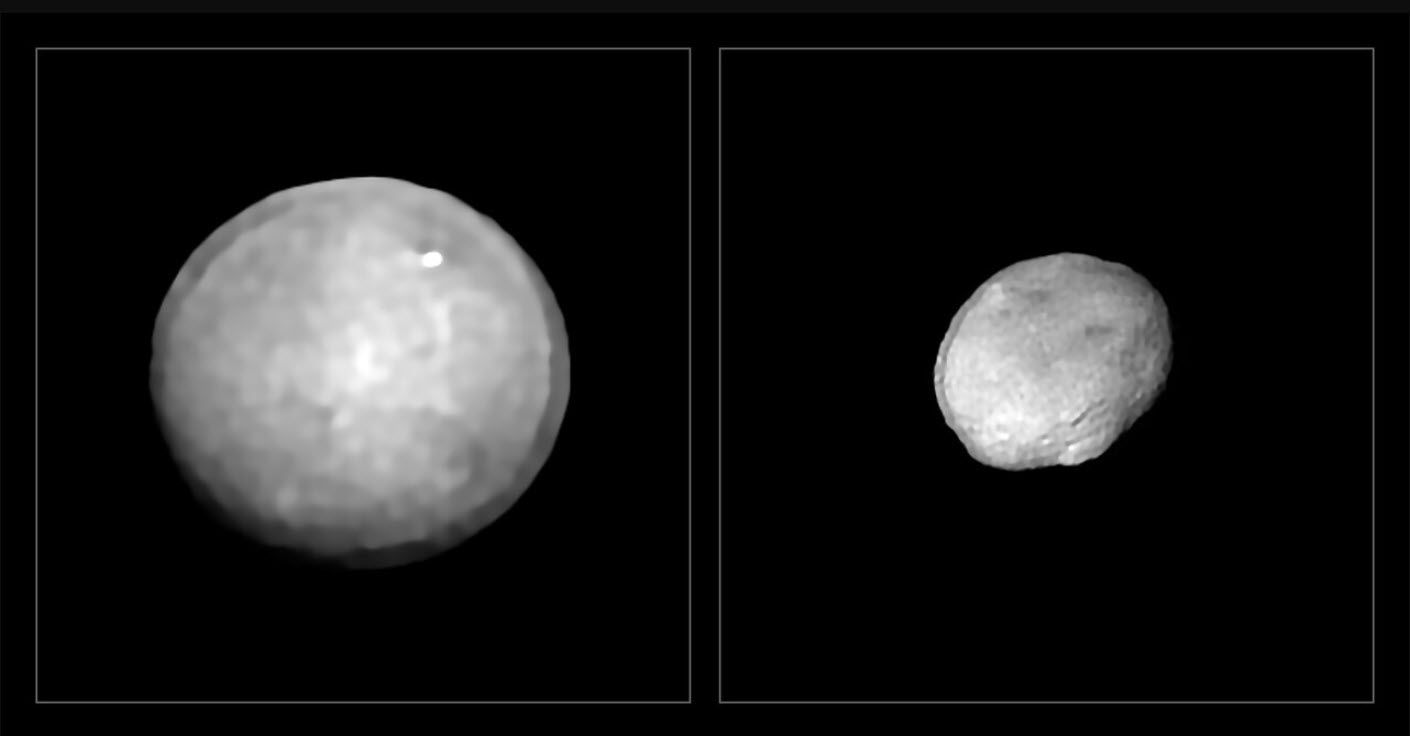 “Only three major main belt asteroids, Ceres, Vesta and Lutetia, have been photographed in a high level of detail so far, as they were visited by NASA and European Space Agency space missions Dawn and Rosetta respectively,” explains Pierre Vernazza , from the Laboratoire d’Astrophysique de Marseille in France, who led this study published today in Astronomy & Astrophysics. “Our observations now show very sharp images of many more objects, 42 in total.”

The previously small number of detailed asteroid observations meant that, until now, many crucial features, such as three-dimensional shape or density, remained essentially unknown. Between 2017 and 2019, Vernazza and his team began filling this gap by conducting a thorough survey of the main bodies in the asteroid belt. 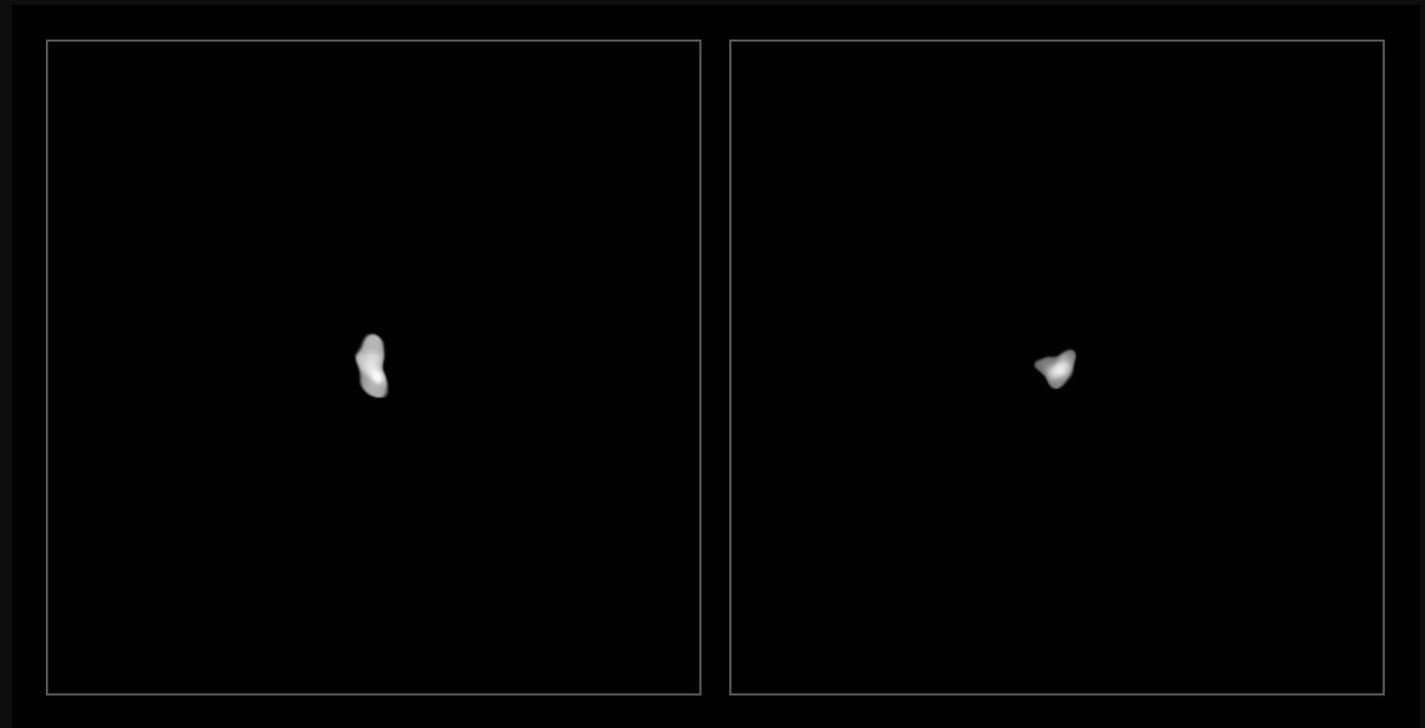 most of the 42 objects of this sample has a dimension greater than 100 km; in particular, the team imaged virtually all asteroids in the belt larger than 200 km, that is, 20 out of 23. The two largest objects observed were Ceres e Vesta, with about 940 and 520 km in diameter, respectively, while the smallest were Urania and Ausonia, both with only 90 km.

By reconstructing the shapes of the objects, the team realized that the observed asteroids are essentially divided into two families. Some are almost perfectly spherical, such as Hygiene and Ceres, while others have more peculiar “elongated” shapes, being Cleopatra the undisputed queen of this subgroup with her “dog bone” shape. 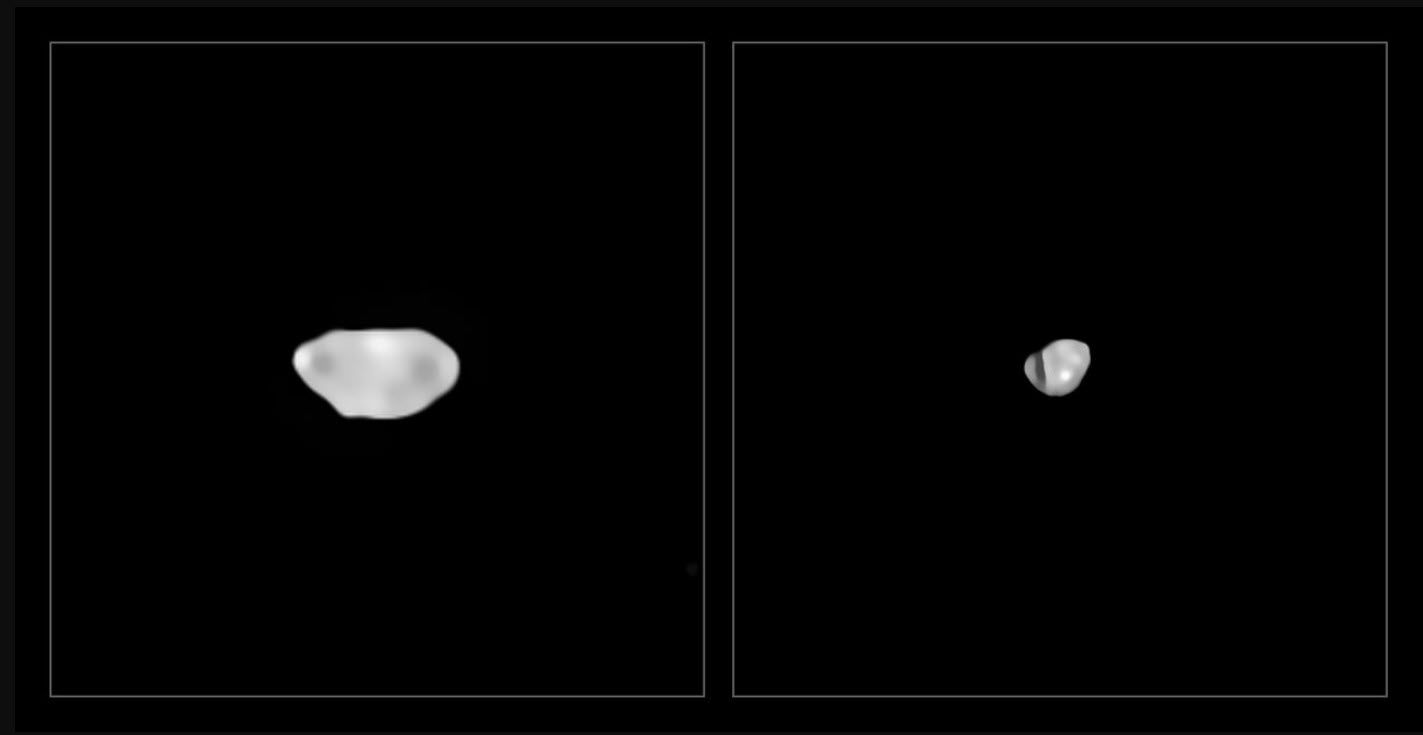 By combining the shapes of the asteroids with information about their masses, the team found that densities change significantly across the sample. The four least dense asteroids, which include Lamberta and Sílvia, have densities of about 1.3 grams per cubic centimeter, roughly the density of coal. the densest ones, Psyche and Calliope, have densities of 3.9 and 4.4 g/cm3, respectively, higher than the density of diamond (3.5 g/cm3).

The large difference in densities suggests that the composition of asteroids varies significantly, giving astronomers important clues about their origins. “Our observations strongly support a substantial migration of these bodies after their formation. In short, such a variety in their compositions can only be understood if the bodies originated in different regions of the Solar System”, explains Josef Hanuš of Charles University in Prague, Czech Republic, one of the authors of the study. In particular, the results support the theory that less dense asteroids formed in remote regions of the Solar System, beyond the orbit of Neptune, having subsequently migrated to their current location. 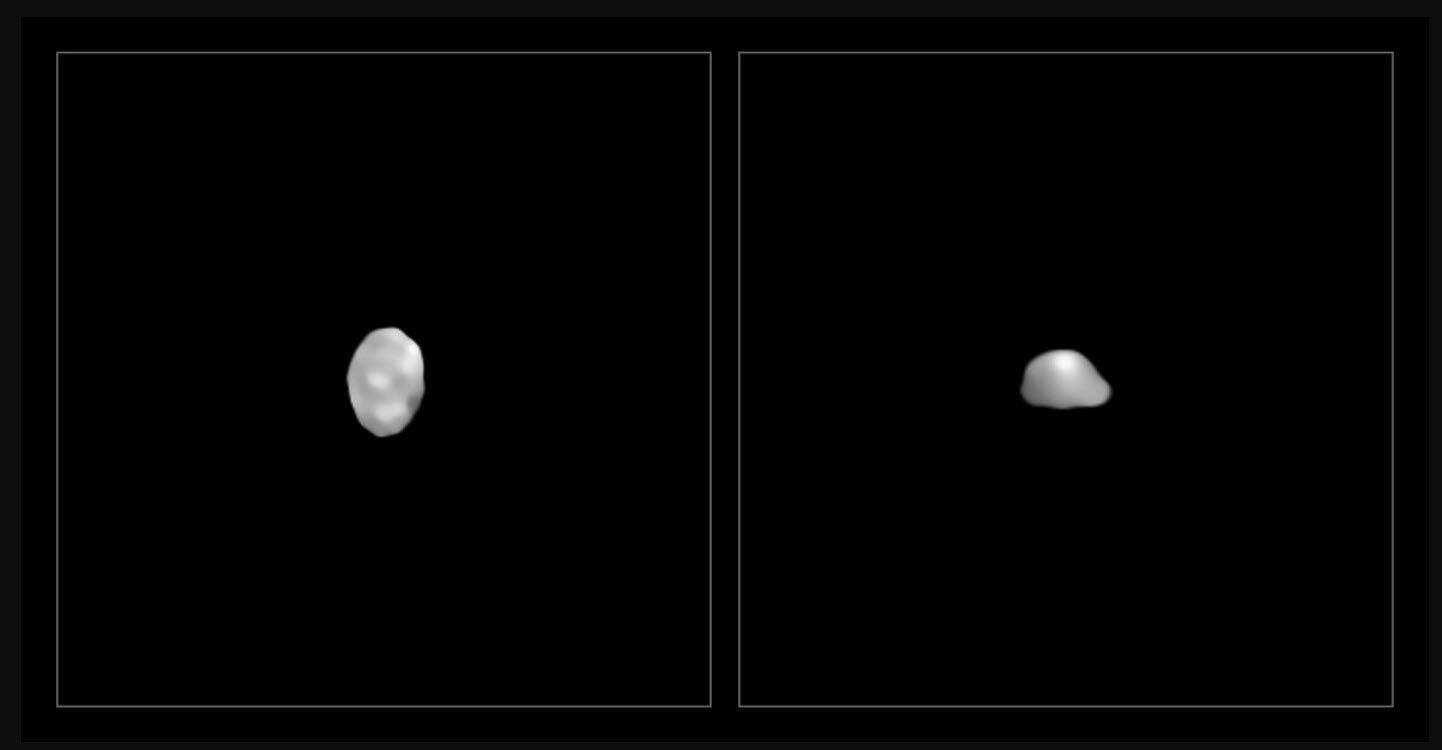 These results were possible thanks to the sensitivity of the instrument SPHERE (Spectro-Polarimetric High-contrast Exoplanet REsearch) montado no VLT of the ESO. “The improved capabilities of SPHERE, coupled with the fact that little was known about the shape of the largest main belt asteroids, we were able to make substantial progress in this field,” says co-author Laurent Jorda, also of the Laboratoire d’ Astrophysique de Marseille. 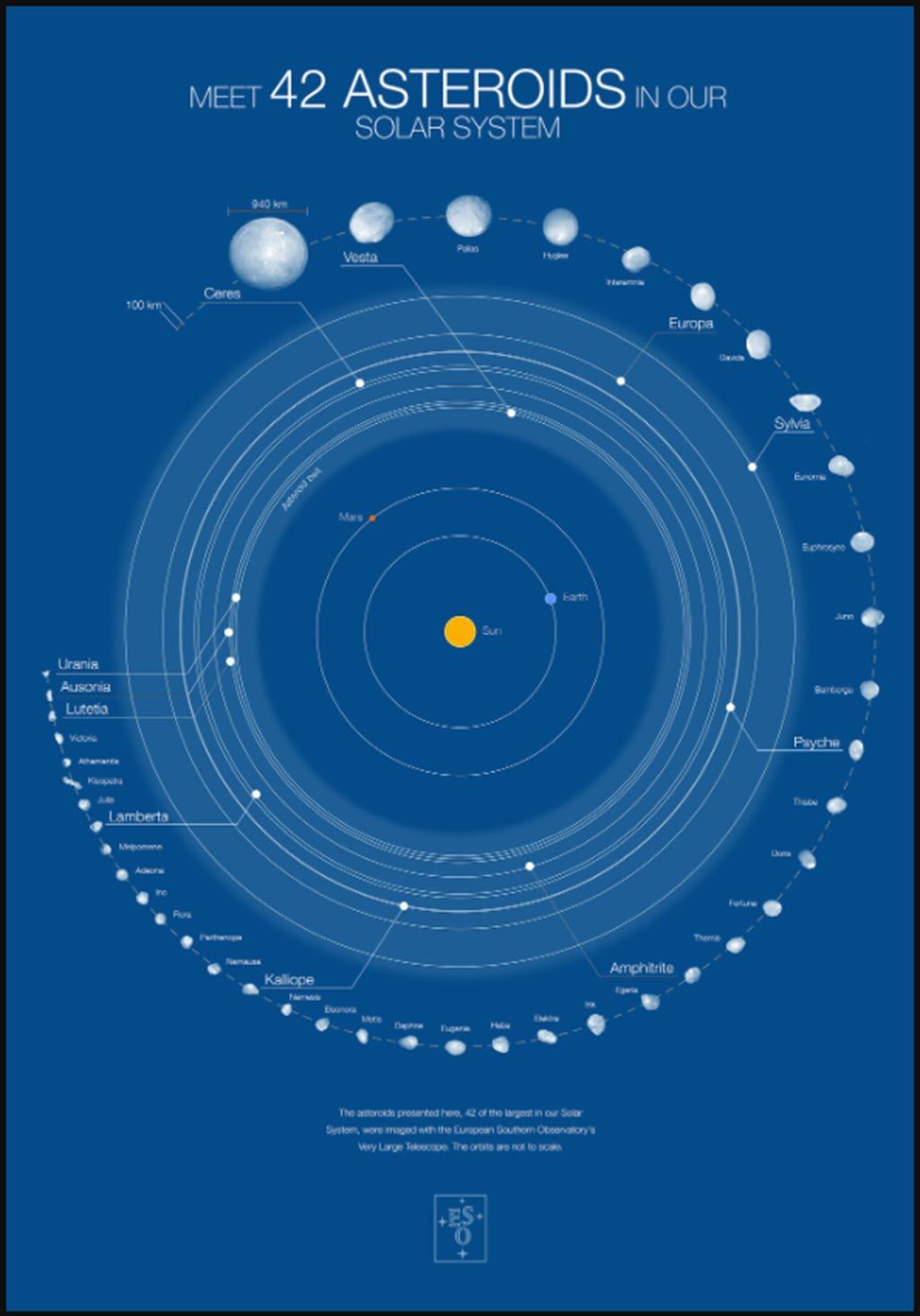 Astronomers will be able to get even more detailed images of more asteroids in the future Extremely Large Telescope (ELT) of ESO, currently under construction in Chile and expected to begin operations at the end of this decade. “The ELT observations of main belt asteroids will allow us to study objects with diameters of 35 to 80 kilometers, depending on their location in the belt, and craters approximately 10 to 25 kilometers in size,” says Vernazza. “Having a SPHERE-type instrument at the ELT would even allow us to image a similar sample of objects in the distant Kuiper Belt. This means that we will be able to characterize the geological history of a much larger sample of small soil bodies.”